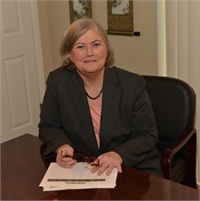 As an attorney, Lynn worked on one of the largest ERISA cases in U.S. history. During the ERISA litigation, she often noted how uninformed employees were regarding their retirement savings. Because her practice included estate planning as well, Lynn also observed firsthand the squandering of financial legacies from one generation to the next.

Lynn became a financial advisor because she believed that the total lack of financial education and coaching of middle income America was having devastating and long lasting repercussions on American families.

Lynn is an investment advisor representative and managing partner of 4th River Financial Group, Inc. She is dedicated to the educational process and views it as fundamental to a sound relationship between an advisor and client.